What is wifi mesh networking?

Simply put, a wireless mesh is a wireless network without the cables.   The concept is not really that new, the military, hospitals and some commercial enterprises have been using similar technologies for many years to create ad-hoc radio networks.  It can include a wireless internet gateway or a gateway to an upstream network, but sometimes not. 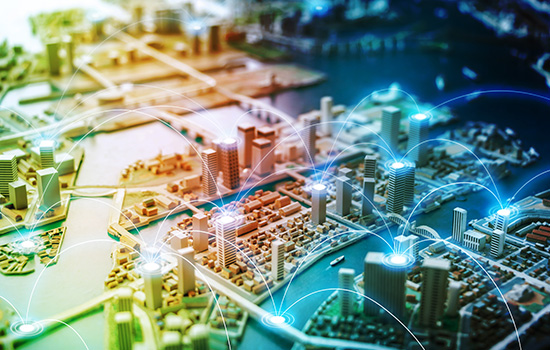 A commercial cabled wireless network consists of access points, each linked by a cable to the host network.  Coverage is limited to that provided by the access point. Extending coverage needs a new access point.

A domestic set-up is different.  The home has a router connecting the home to the Internet.  Usually, the router is the single wireless access point itself.  Coverage is limited to that of the router.

Recently suppliers have been selling mesh networks for the domestic environment, but the viability of that solution depends on the size and geography of the home, what it’s made of and the location of the gateway router.

The usual equipment deployed in a mesh network includes clients, routers (nodes) and gateways.  Clients include PCs, laptops, smart devices like tablets and phones. and other wireless devices.  The routers communicate with each other to create the network topology, and the gateways can provide a wireless internet connection or be linked to an upstream network.

The nodes communicate with the client and with each other, forwarding data packets according to the optimal route they have calculated.

An alternative name for a mesh network is a mesh cloud, the cloud defined by the coverage area of all the nodes making up the cloud.   One node will act as a gateway to the Internet, to another mesh, or to an upstream network.

A mesh is a self-learning and self-healing.  When a node fails, the other nodes still communicate with each other, either directly or through an intermediary, automatically re-routing traffic that would pass through the failed node.

Although a mesh network can be described as an ad-hoc network, that statement isn’t entirely true. The nodes are mostly static.  If they were mobile, the mesh would spend a lot of time updating routes and in a completely mobile environment, that overhead could exceed that available to transmit data. If in addition, upstream links are static gateway nodes, that reduces the ad-hoc capability further. 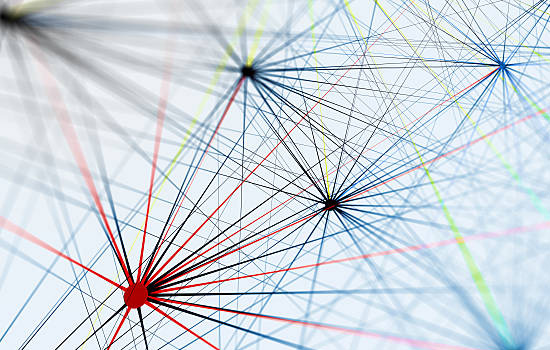 In a commercial environment, a large part of the cost of deploying a network is the cabling cost.  Wireless networks that use access points need a network connection back to the switch, and that can occasionally provide challenges to the network design because of distance limitations or restrictions on establishing cable routes in the site itself.

The first, and possibly greatest advantage of a mesh network is that they are really wireless.  Only one node needs to be physically connected to the host network.  They are therefore ideal for some locations where drawing cables or maintaining lines of sight present a challenge or clients are mobile within a fixed area.  They are also easier to extend.  Add a node, it communicates wirelessly with the nearest node, and the cloud automatically extends to include the area covered by the new node.

A second advantage is that of providing coverage where it is intermittently blocked.  For example, a crane on a building might block coverage from time to time as it moves.  A mesh network will ensure that coverage continues while the nearest, or usual, node is blocked.

Remember though, that the nodes need power.  Some are battery powered, and inspection and maintenance of these nodes are essential to keep the cloud running. 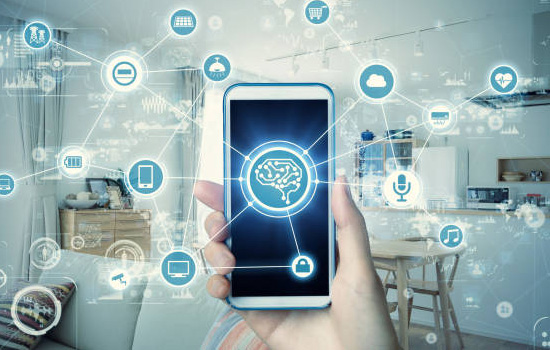 At first sight, it appears that mesh networks are ideal for the home environment.  They can be but think before you pay for one.  Tweaking your existing network or adding WiFi extenders can be a more cost-effective approach.

First off, if your home is a single story, and or quite small, say, less than 2,000 square feet, a mesh is a serious overkill.  Look for a better spot to position the router.  Even moving it a little can help.   An alternative is to use WiFi extenders.  Consider also that some types of wall, particularly concrete containing rebar is a wireless signal killer.   Having said that, a strangely-shaped house, one made of wireless killing materials, or one where you can’t place the router in an optimal position may need a mesh.

For larger and multi-story homes, or where you need coverage outside the main building, a mesh could be the answer to your coverage needs.  Make sure though that each node can talk to at least one other.